I recently picked up the paper line "For the Record" from Echo Park. I love their use of dramatic colors which are so versatile for so many project and layout themes. Both sophisticated and funky, it just seems to fit my crafting style. So very inspired by their designs I thought I would post some of the projects I have created using "For the Record". 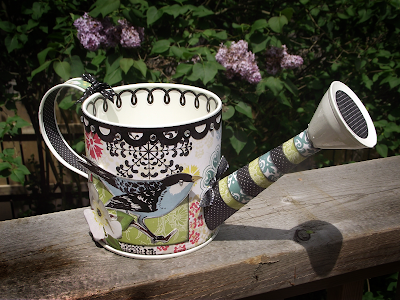 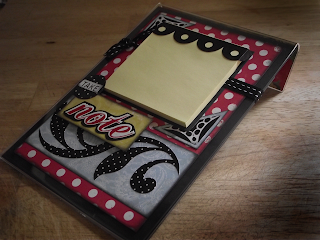 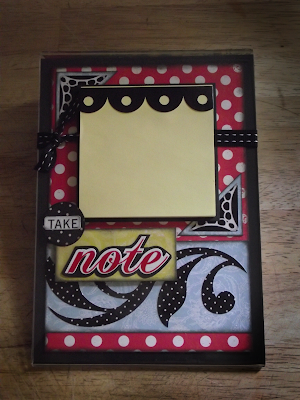 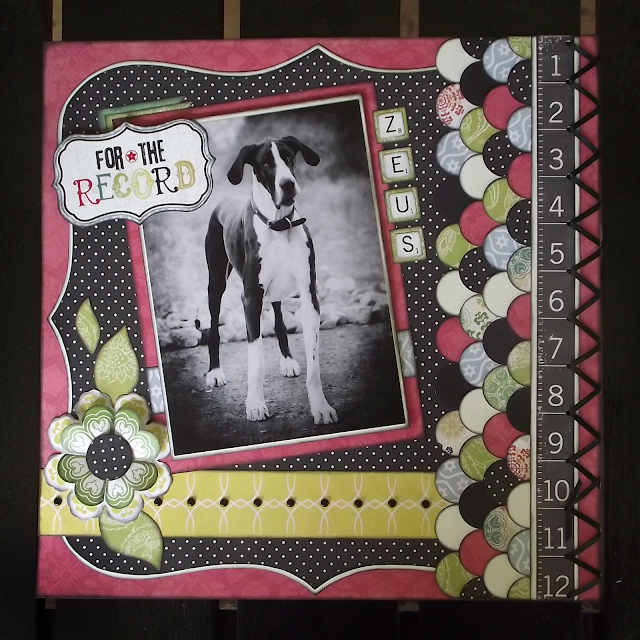 Instructions:
***Entire layout is inked in black ink. Get out your 1” circle punch! J
Posted by Scrappy Chick at 01:25

Thank you for your comments! I love reading them!

Scrappy Chick
Truro, Nova Scotia, Canada
Tracy McLennon has been scrapbooking and teaching scrapbooking classes for nearly 20 years. During that time, she has been a designer, creative artist and teacher for EK Success, Martha Stewart Crafts, Buttons Galore and More, and K&Company and has travelled extensively across North America appearing at major scrapbook conventions. Tracy's style is best described as classic, layered. She also has a background in photography, graphic design, calligraphy and visual art. Her work has appeared in numerous publications including Memory Makers Magazine, Canadian Scrapbooker, and Creating Keepsakes. Tracy currently resides in Truro, Nova Scotia, Canada where she is highly sought after to teach scrapbook classes at locations all across the province. She currently designs for the challenge blog Sketchabilities and May Arts Ribbon. She is also a blog contributor for DecoArt and Rit Dyes. Tracy is also an accomplished artist in various and numerous media. There isn't much she can't make pretty and functional. Tracy is now a columnist contributor for DIY Wedding Magazine, and is looking forward to creating and inspiring future crafty brides.